The Thing About Celebrating Thingyan in Myanmar 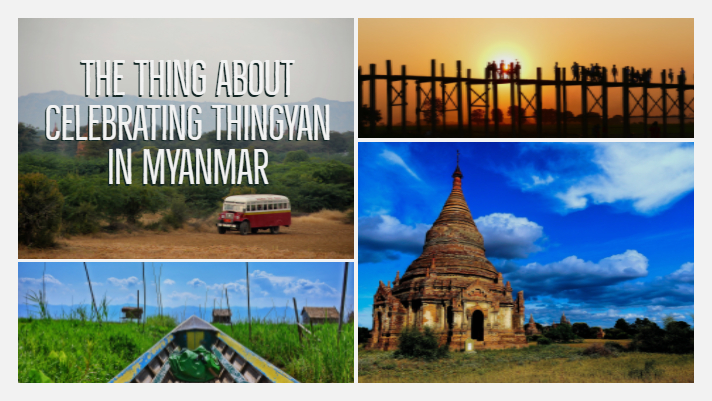 Thingyan is a wonderful cultural event to be apart of and it truly does show the beautiful, fun loving side of the Burmese people. But there’s just one thing that no one seems to be willing to talk about when it comes to travelling in Myanmar during the month of Thingyan.

As someone who was there last year, unarmed  (with facts not weapons!) and uneducated on exactly what Thingyan is please allow me to educate you on how to travel and best experience Thingyan.

Thingyan, or the Myanmar Water Festival, takes place toward the end of the hot, dry season and ushers in the Myanmar New Year. Thingyan is a huge, country wide celebration. It is without a doubt the most unique and colourful  merriest occasion in Myanmar.

Officially Thingyan takes place from 13-16 of April. Generally speaking the water part of the festival lasts for 3 – 5 days depending on which part of the country you are in.

Thingyan is a similar celebration as Songkran in Thailand and Laos, Chaul Chnam Thmey in Cambodia.

Everyone. The rich. The poor. The monks. The paper boys. The cane sugar juice merchants. Almost everyone gets in on the celebration, with many people opting to go home to their villages to celebrate.

We only came across a handful of people who were not with their families celebrating. These were a few taxi drivers, capitalising the holiday with surge pricing, and quite a few very junior police and army officers on patrol.

Thingyan is the only time of year when rank, title and status mean next to nothing. We partied on the back of trucks with army folks, teenage girls and just about anyone that was willing to help me up onto the back of their Jeep. It’s a truly wonderful time for people to put aside political belief and just party. 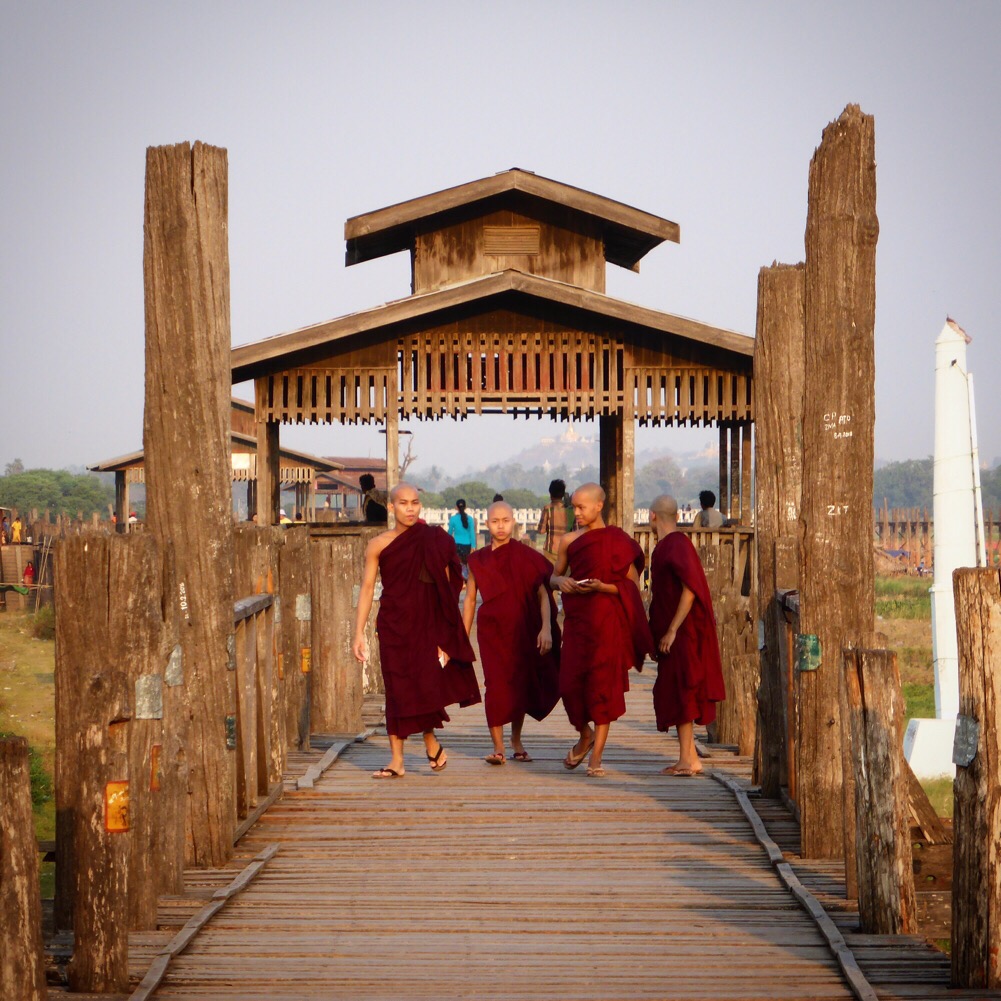 So this is a constant issue when talking about Myanmar. How much money. What sort of money. Do I hide my money in my underwear? Let’s put all that aside and have an honest look at the money situation. At the time of writing the USD was still king. It was a preference for a lot of places to be paid in USD. The easiest way to have money is to take clean, crisp USD into the country and have them exchanged at official places like the airport or banks. I personally had USD exchanged at the airport and after two weeks had so much left over I bought shitty tourists items like elephant pants just to get rid of it.

But wait isn’t there like loads of ATMs to cater to us tourists? Why yes there is. But here’s a really funny quirky fact- like the temples in Bagan ATM’s maintenance tends to be given to a family. It’s an old political system that’s not quite ready to change. Now if this family who owns the restaraunt, cafe or hole in the wall that the ATM lives in decides to go away they’ll turn the ATM off. It was really common, especially in Bagan, for people to turn up with limited cash and find themselves stranded as the ATM’s in town where turned off or had run out of cash.

Solution? Easy- find the fanciest as fuck hotel that you can find. Generally speaking there will be an ATM in the lobby or on site. ‘Cause those fancy hotels don’t want their fancy guests to mix it with you, the cheap arse tourist, at any point. They don’t want guests leaving the hotel and make it as easy as possible for their guests. Take advantage of this. 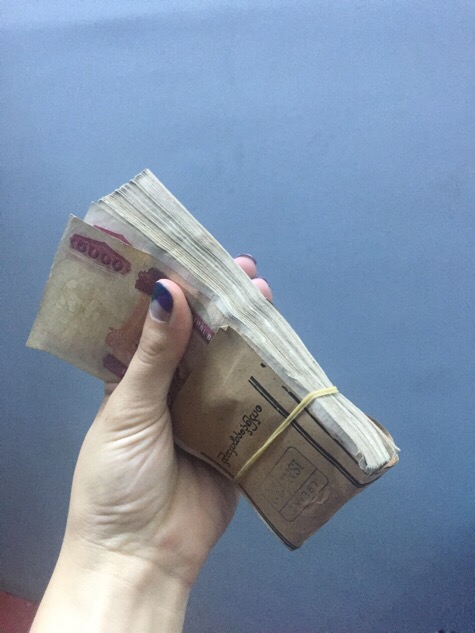 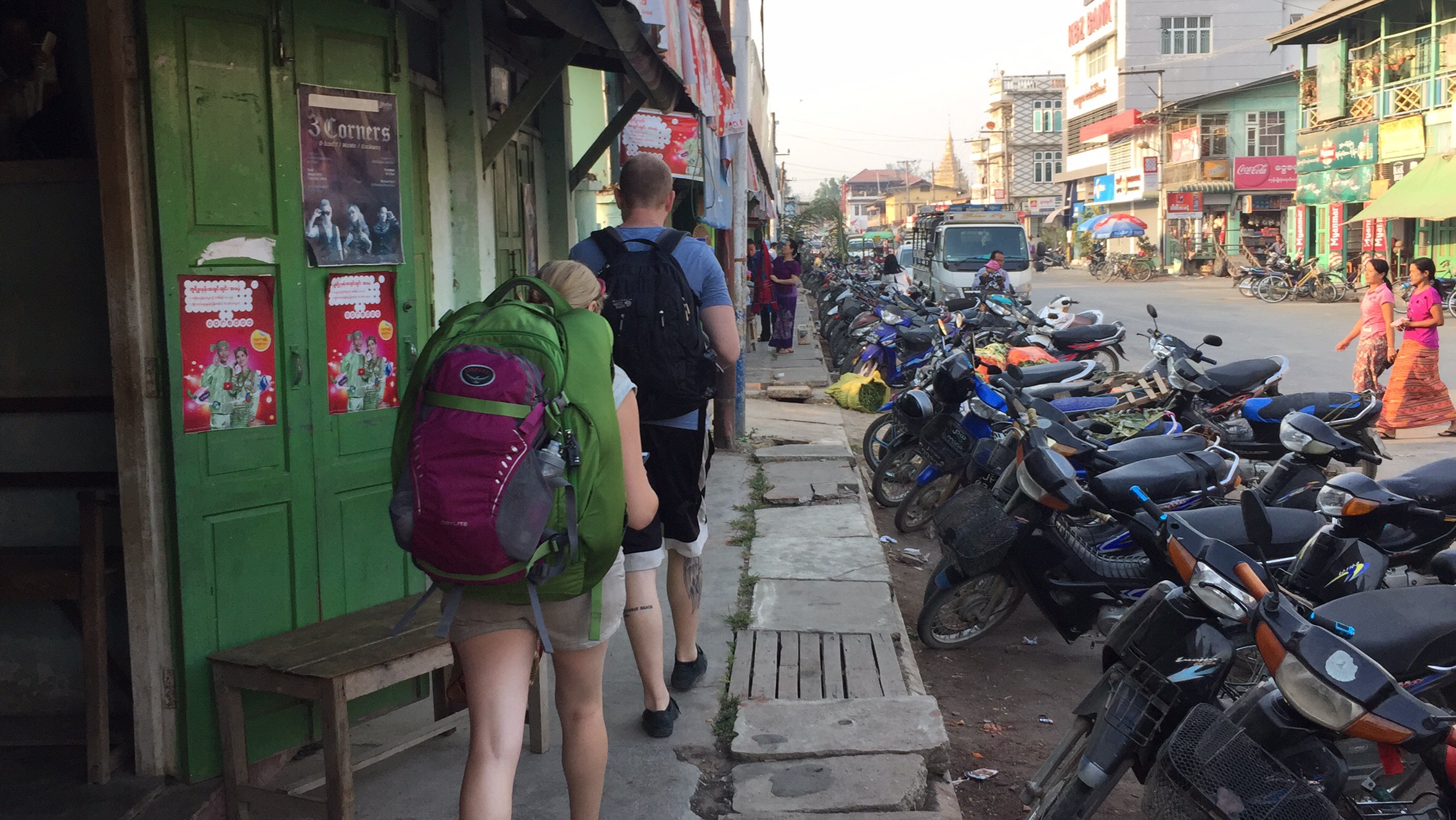 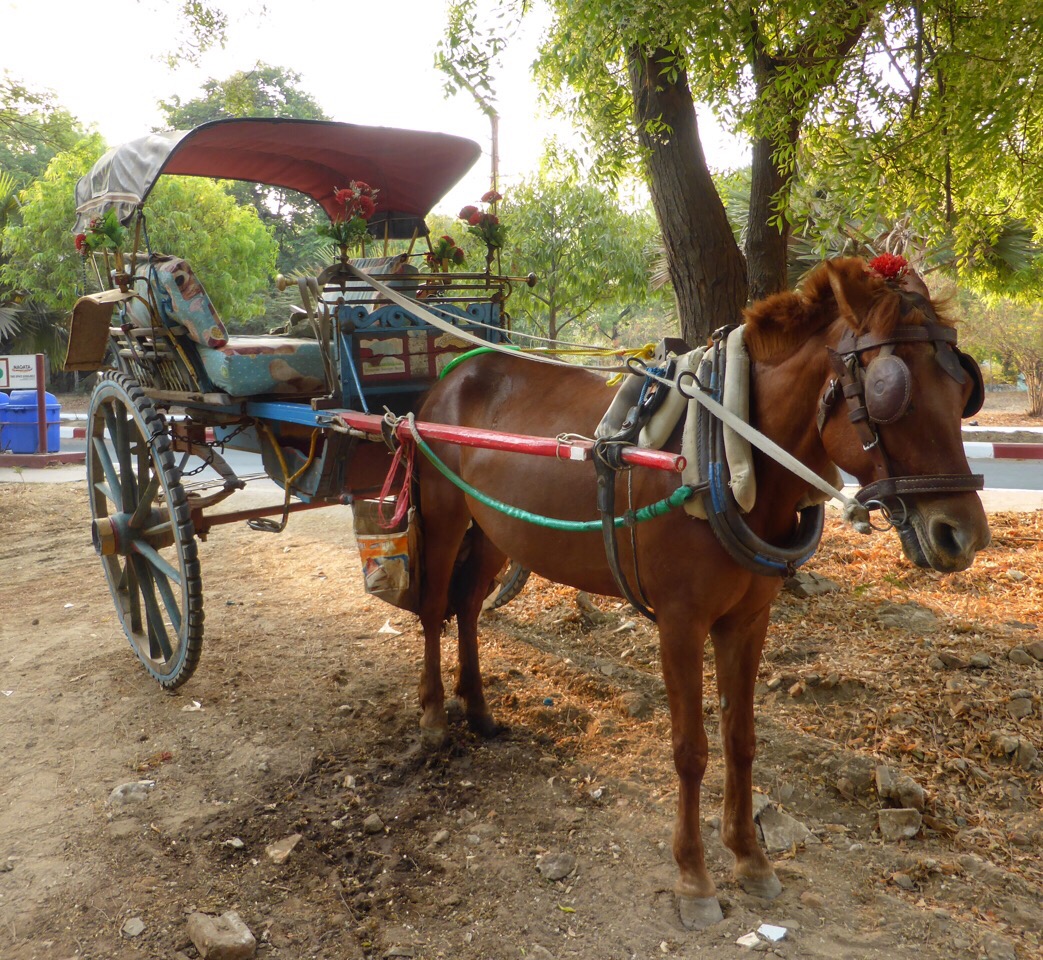 Transport is terrible during Thingyan

If you are planning to visit in April, note that the official public holidays run from 12-20th of April. Government offices are closed. Ground transport is fairly booked out in advance on both sides of the official public holidays, as well as during the festival. You will need to be far more diligent on making your transport bookings in advance. Especially if you have pressing travel arrangements ie flights to make.

It’s not just as easy as having your guest house book for you.

Be prepared to pay for private taxis, VIP buses or hitch hike. And when I say pay I mean pay in USD. For example our shared taxi from Inle Lake to Mandalay was $25 USD each. When we arrived in Hsi Paw we assumed that being the end of offical Thingyan celebrations getting a bus to Mandalay/Yangong would be fairly easy. Nope we were wrong. Buses were booked out for a week after we needed to leave the country. In the end we had a helpful lady find us a taxi driver (again big USD being dropped here) to take us to Mandalay where I caught a flight to Yangon. There literally was no other options if I didn’t want to extend my stay in the country.

Any where. Literally any part of the countryside will have celebrations happening! It just depends on how intense you want to party.

Our first taste of Thingyan was in Inle Lake. Not too wet or hectic. Then we opted to travel to Mandalay and party there. And boy oh boy did we party. The main cities have stages, covered in barbed wire, with live music and hoses. The general popular activity seems to be to drive around on the back of jeeps and experience each stage. Dance, get wet, dance some more. Funnily enough there are breaks during the day in which people take a breather, get some food and drinks and replenish the spirits before going back out and starting all over again. If you’re lucky someone will spot the white tourists (aka Us) and invite you up on stage to dance and party.

Just a note that this is the only time I ever felt unsafe in Myanmar and I was travelling with two burly boys. There’s a lot of energy, cheap rum and frivolity happening. We did have a minor issue with a fellow refusing to leave me alone and grabbing at my arms. At one of the stages I jumped on the back of a jeep with a group of young girls who helped me get rid of this fellow and tried to teach me to dance. Then we dance the afternoon away. The most common phrase I heard was ‘ARE YOU HAPPY?’ along with ‘Thank you for visiting my country’.

Can I avoid getting wet?

Yes of course you can. Lock yourself in your accommodation and don’t leave at all during daylight hours for the entire festival. Only leaving to get vital snacks and food because room service isn’t really a thing in a lot of places in Myanmar.

Thingyan is a huge, ginormous important festival to the Burmese people. They want you to be involved. Some may just find it funny pouring ice water down the foreigners back, and as the only female in my group, I got this a LOT compared to the boys. Others just want to include you in a small part of a very important celebration. The locals don’t quite get why you wouldn’t want to be involved.

The below photos are of how sexy *cough* I looked after a day of celebrations in Mandalay. 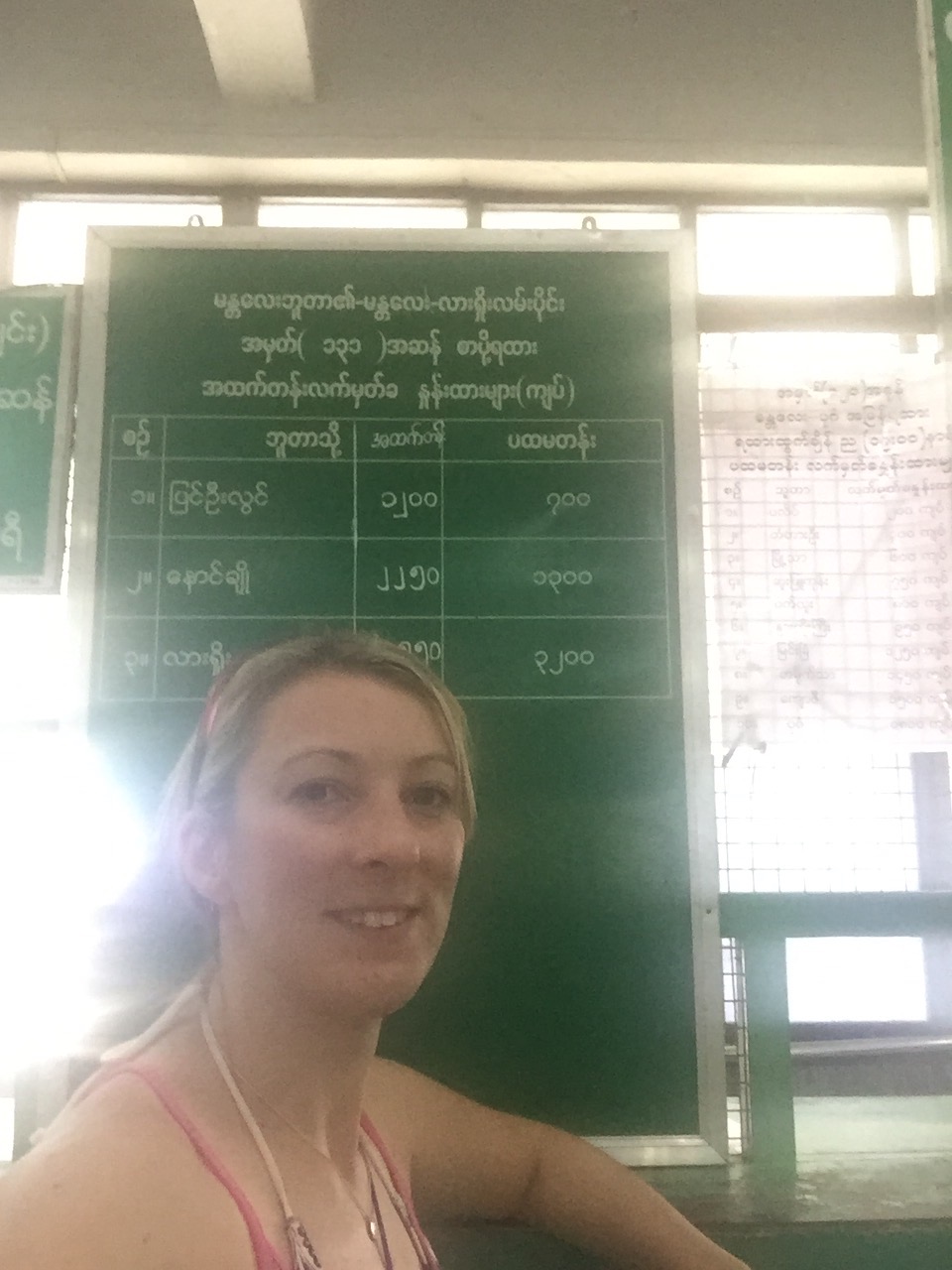 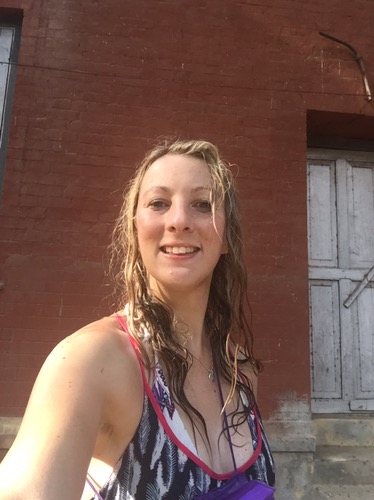 Surprisingly this isn’t as difficult as you would expect during a huge month of festivities. A lot of the hotels and hostel are now on the major booking sites. It wasn’t that difficult to search online and book whilst we were stuck in buses/taxis. The options varied from reasonable back packers to high end hotels. It was real hit and miss what we got but hey that’s half the fun of travelling.

Click here to find a variety of Myanmar Hotel & Hostels

If you’re heading to Myanmar then you are probably wanting to grab some seriously amazing photos. Those really cool poetic photos that shows everyone that you’re a true traveller. Not just another tourist. Hate to burst your bubble but you might struggle to get that magical monk shot. Or the beautiful ballons over Bagan.

Why am I being so mean with my words? Well firstly everyone goes home for the holidays, if possible. Yes even the little monks. During our time we didn’t see a single monk walking the streets in the morning mist. Also there is no morning mist in April. Is burn all your waste season. So ontop of the 45c heat it’s also smoky as.

There are a million opportunities to get some wonderful photos of a truly different side of Myanmar. You just need to be more you and less wana be NatGeo photographer. 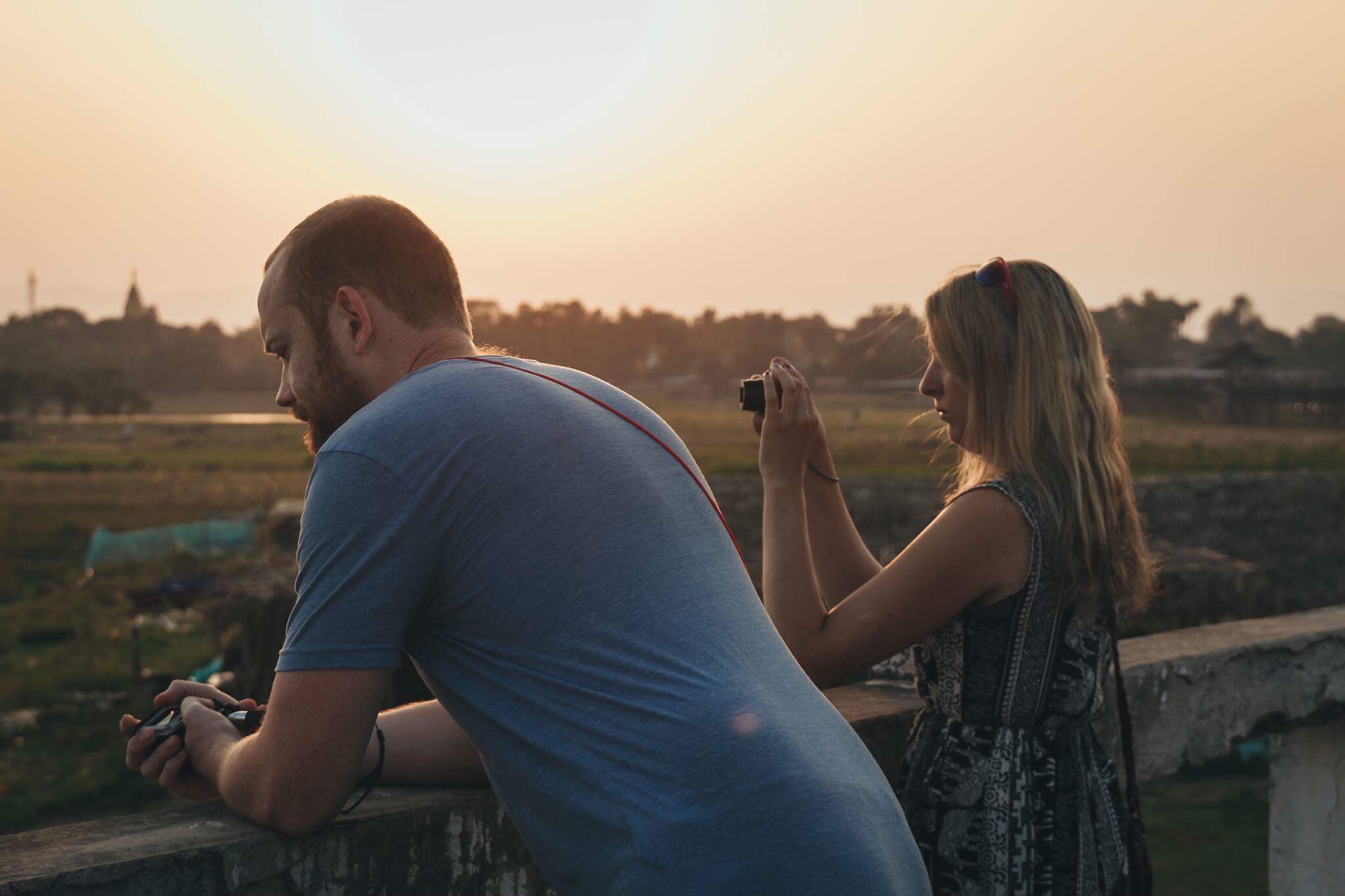 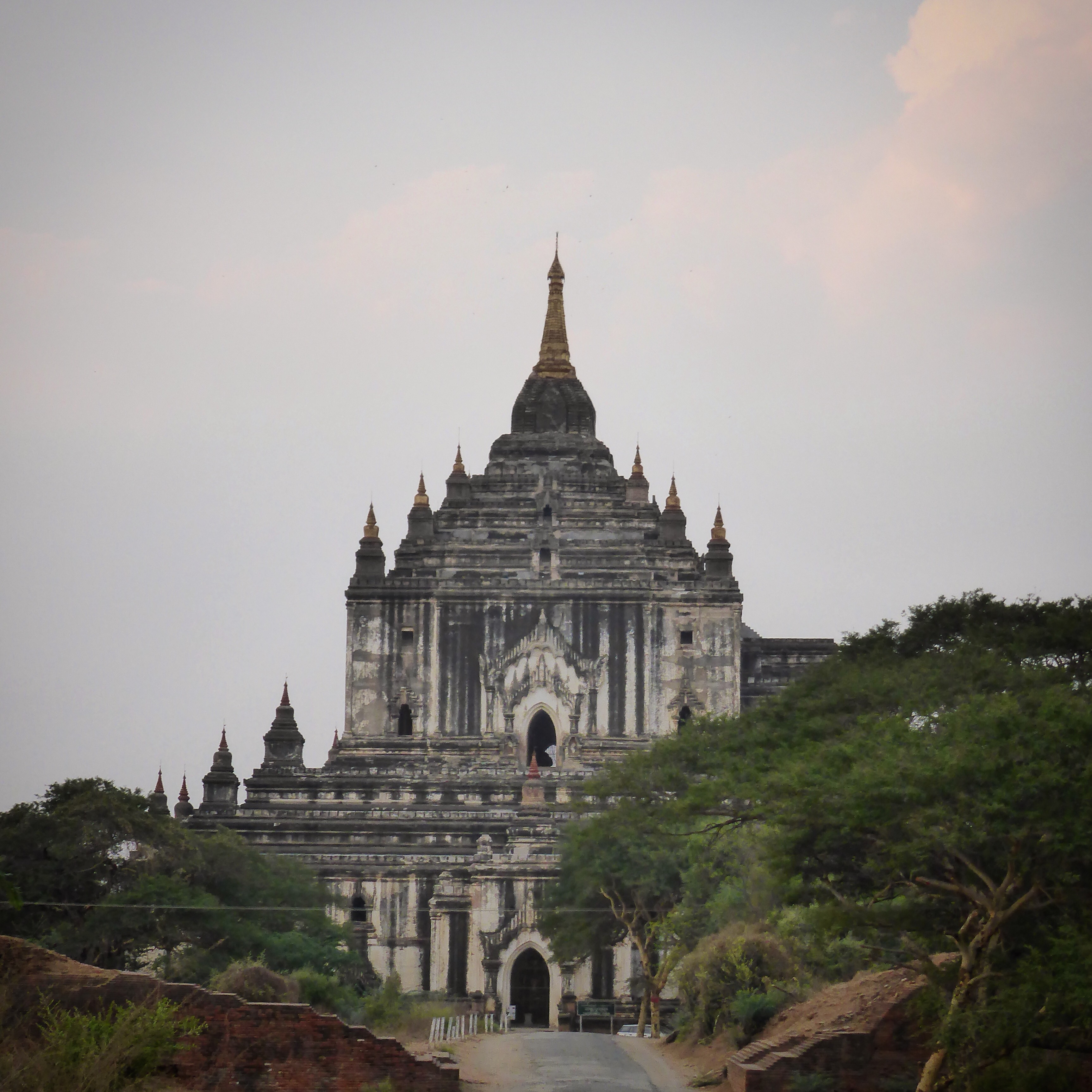 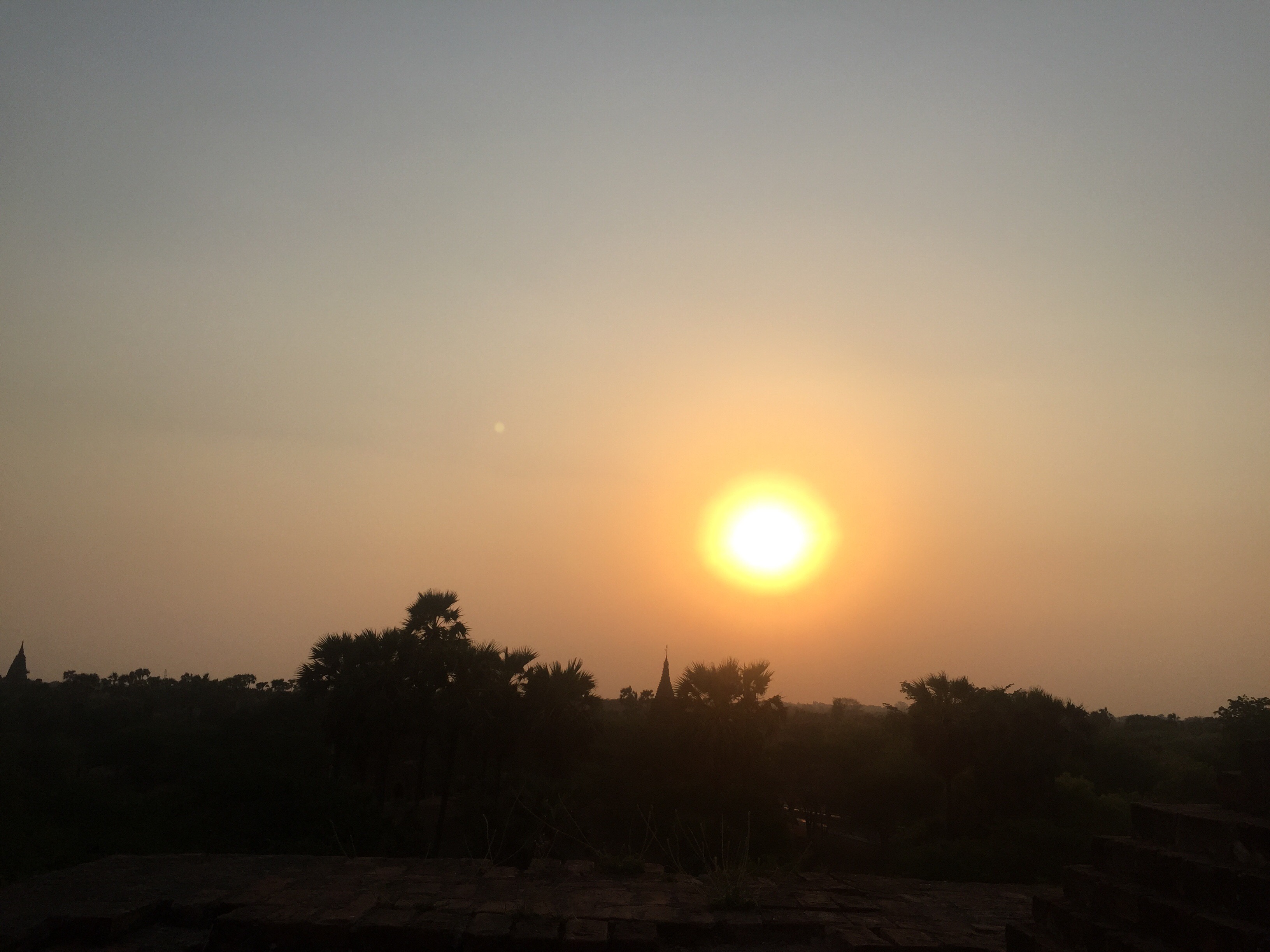 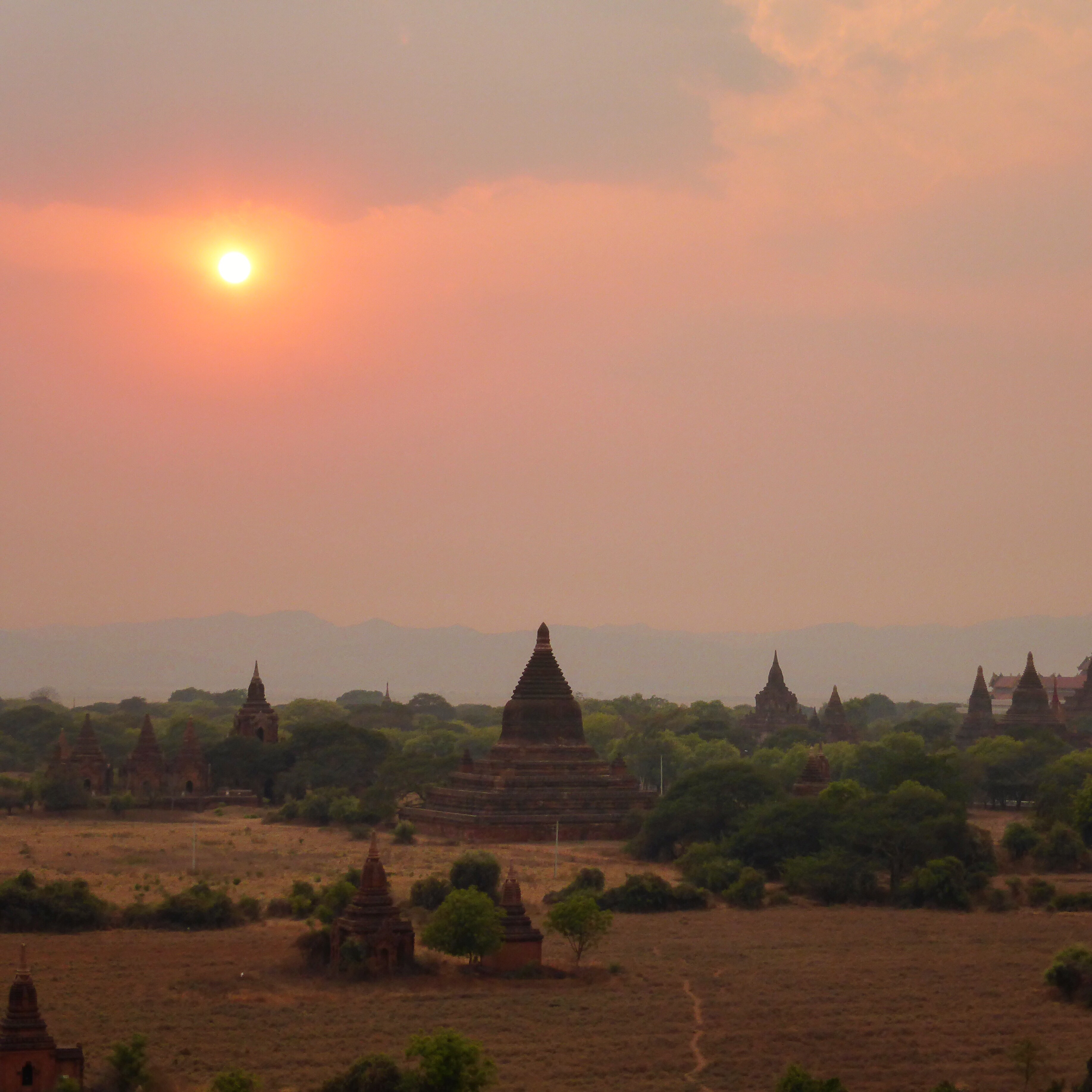 So the thing about travelling Myanmar during Thingyan is…

It’s hot. It’s smoky. It’s dusty. It’s hard work. But the most important thing is that it’s a hell of a lot of fun! The above makes it sound like this is a terrible time to go to Myanmar. Sure it’s not the most optimum time. If you like the heat and aren’t afraid to do a bit of your own leg work with transport, accommodation and being mildly more prepared with your plans then you’ll have a fabulous time celebrating Thingyan. I’ve been to a lot of festivals over my time. None have been as friendly and as bizzare as Thingyan in Myanmar.

Have you celebrated Thingyan in Myanmar? Let us know in the comments below how you found it to be.

Did you enjoy this article as much I enjoyed writing it for you? I’d love to hear your comments and thoughts below or why not connect on Facebook or Twitter?

Feeling friendly? Share the love! And by love I mean this article. 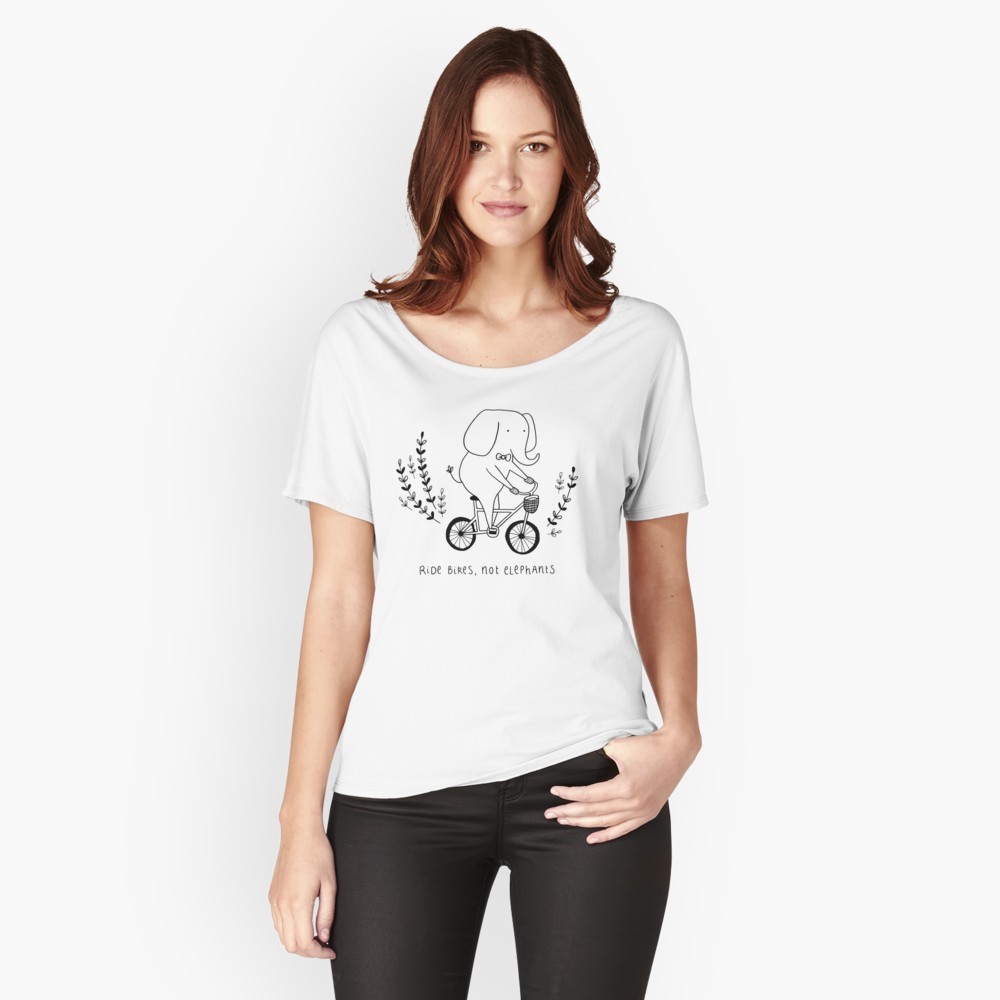 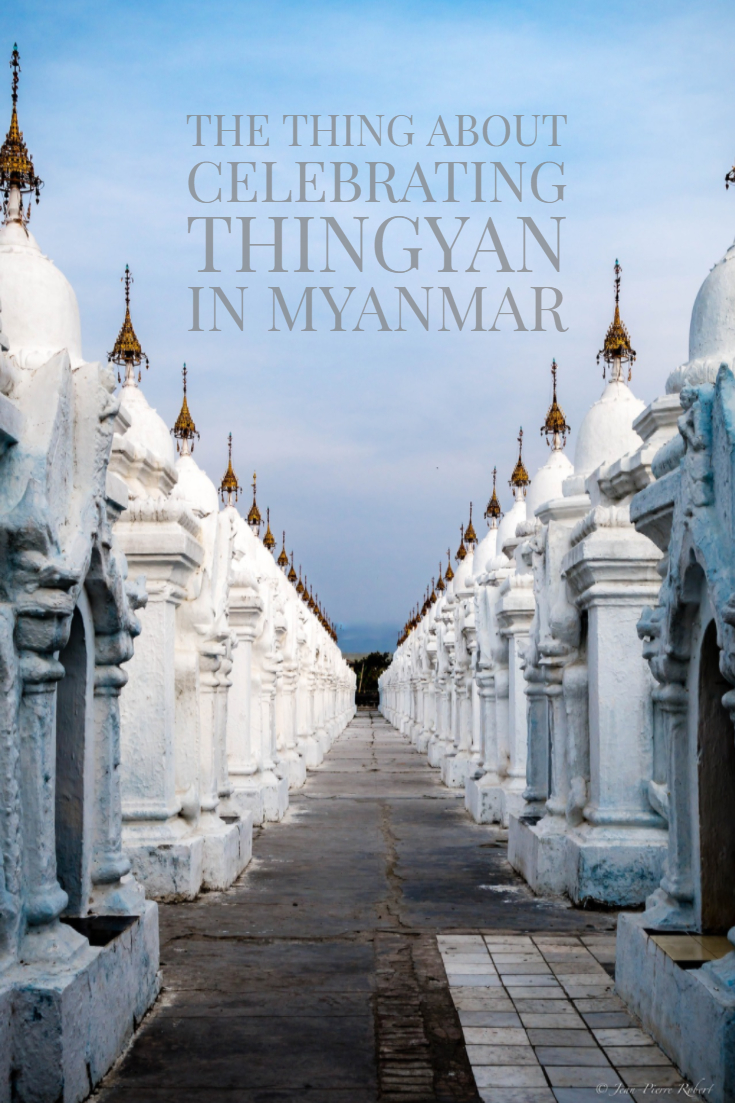 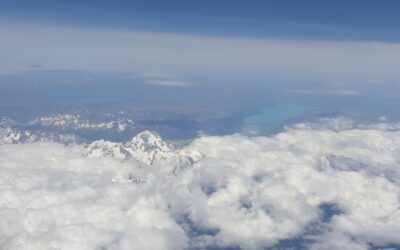 Common Travel Fails – That We’ve All Made 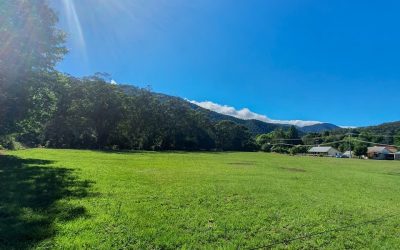 A Short Holiday in Harrietville

Harrietville is a sub-alpine village located in the picturesque Ovens Valley, Victoria. A hidden gem in the wonder of regional Victoria. This town is a literal breath of fresh air to revitalise the soul. 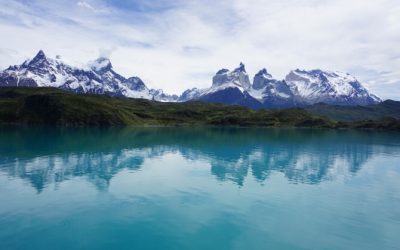 A super simple and cost effective way to get those treasured memories printed and ready to hang up on the wall or sent off to the Grandparents so that they can brag to their friends.

Melbourne ❤️ I feel like I've barely seen you

Do these stairs make my butt look floofy? Usually

A happy hound in his happy place. 🐕 What you